Jeremy Umansky will focus on local sourcing, seasonality and creativity at Schmaltz Delicatessen and Bakery 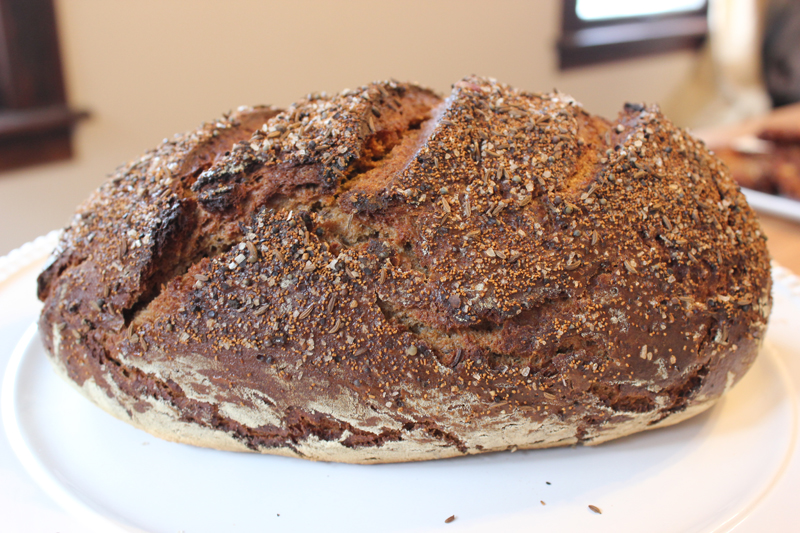 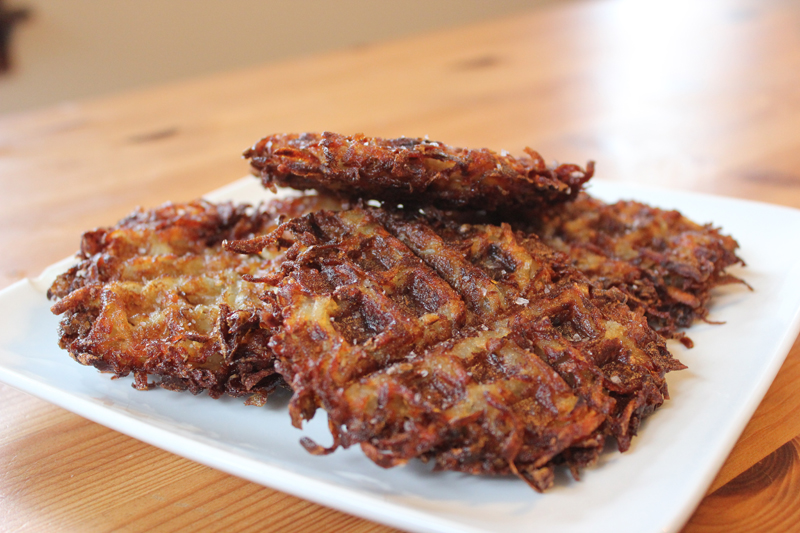 Schmaltz’s waffle iron-pressed latkes are designed to keep toppings like sour cream and applesauce from running off. 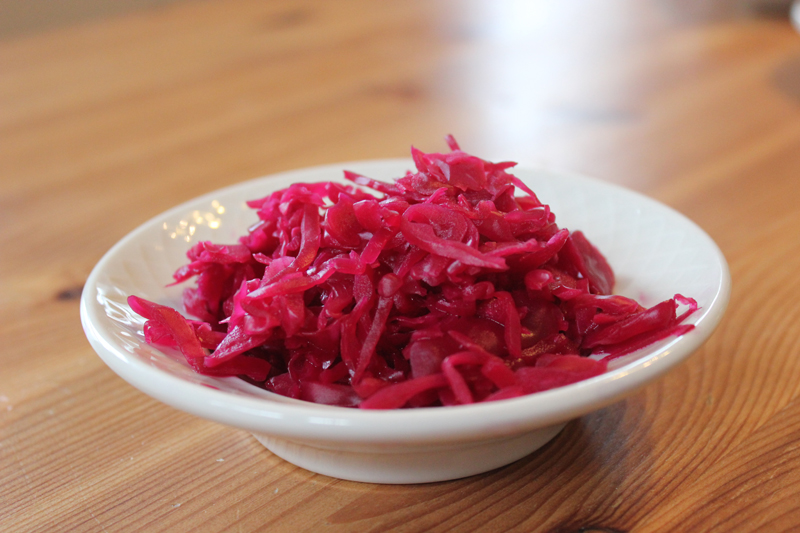 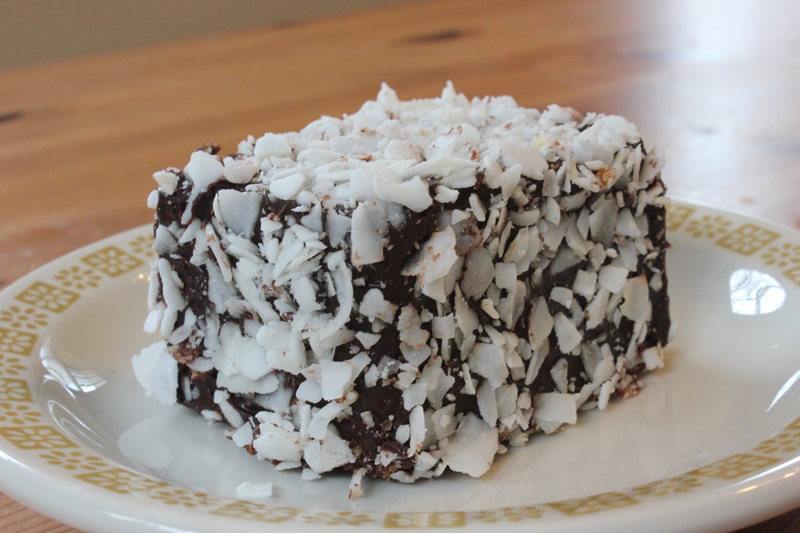 Coconut bars are “a Cleveland staple,” according to Umansky (and many other native Northeast Ohioans). At Schmaltz, Umansky will use coconut flour instead of regular flour and coconut milk in place of heavy cream. 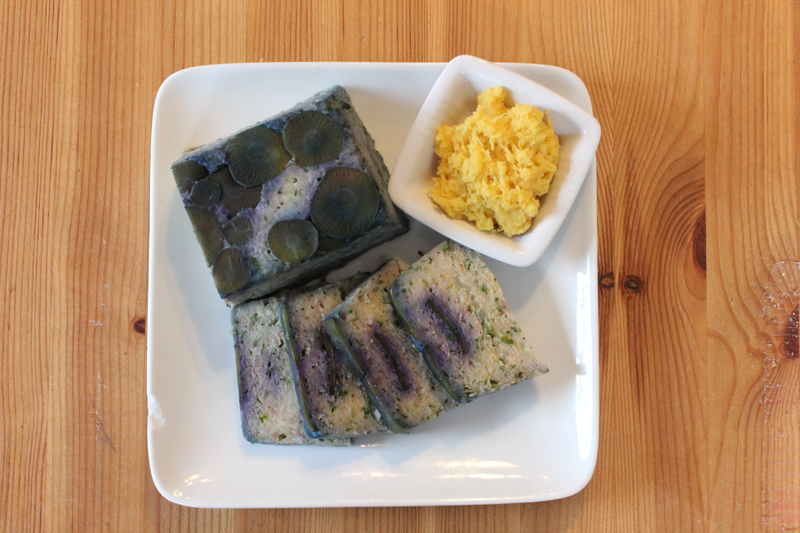 Gefilte fish – in a loaf at Schmaltz, not a ball – with heirloom carrots and served with horseradish. Umansky says Schmaltz’s gefilte fish will always use a blend of fish from area lakes and rivers like trout, walleye and carp. 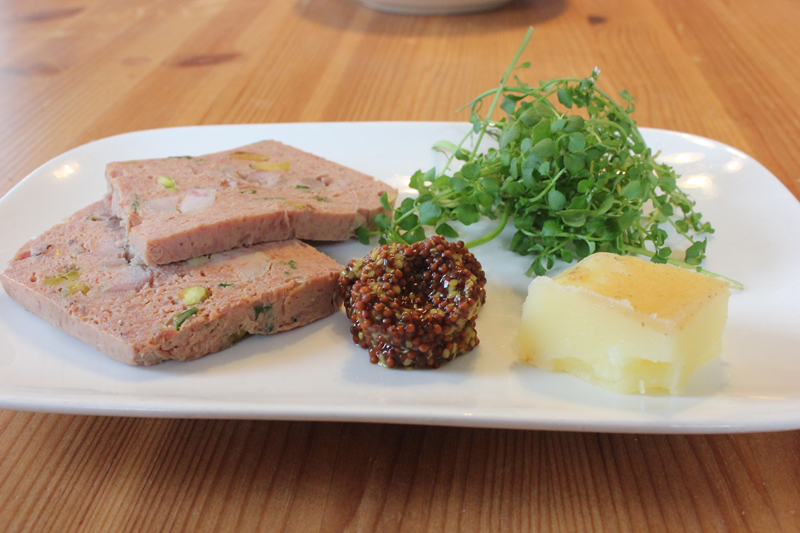 Chicken liver mousseline in a “Schmaltz spread” plate setup (a manner in which diners will be able to order from the menu), shown here to include a wild greens salad, wild whole-grain mustard and schmaltz.

Jeremy Umansky has made a name for himself both as an expert food forager of Northeast Ohio’s forests and formerly as general manager at Trentina, Chef Jonathon Sawyer’s northern Italian-themed restaurant in University Circle.

Now, as he prepares to open his new culinary venture, Schmaltz Delicatessen and Bakery, Umansky is on the cusp of making a name for himself yet again.

As of early April, Umansky had narrowed down the search for a permanent home for what will be a 40- to 50-seat Jewish deli to the Cedar Lee neighborhood of Cleveland Heights, the same city in which Umansky and his family live.

Until the grand opening, though, those eager to sample what Schmaltz will offer can do so at various pop-ups he has planned, including one the evening of May 10 at Katz Club Diner that will showcase savory-based pastries like knish and matzah. Additional pop-ups showcasing other foods are in the works.

“The menu itself may have only 15 to 20 items, but it will be totally customizable,” says Umansky, explaining those items can be used to create scores of different meal combinations. “We want to empower people to make choices that are right for them rather than choose from what’s solely on a menu.”

Schmaltz will focus on Eastern European Jewish cuisine rather than Middle Eastern, so there will be no hummus or Israeli salad – but there will be plenty of things like sourdough Jewish rye bread, latkes, gefilte fish, cured fish, chicken liver mousseline, sauerkraut, and sandwiches.

It’s been said that necessity is the mother of invention, and if so, one can say Umansky’s need to keep his favorite toppings from sliding off was the mother of his latke-making process. At Schmaltz, latkes will be pressed in a waffle iron and then flash-fried, which in addition to providing greater surface area and crispiness means there will be plenty of nooks and crannies for applesauce and sour cream to lodge.

“They’re the Thomas’ English Muffins of latkes,” he quips, suggesting that at Schmaltz, his latkes can also be used in place of slices of bread to make sandwiches.

In addition to such creativity, key to Schmaltz’s menu will be local sourcing and seasonality. What does the latter translate to for the menu?

Umansky says that Schmaltz will buy, make and jar as many dill pickles as possible, but when Schmatlz runs out, it runs out until the following season. Also, while hamantaschen of various flavors will likely be available on a regular basis, diners shouldn’t expect to find cherry or other fruit hamantaschen if those berries aren’t in season.

As for local sourcing, that means vegetables will be purchased from local markets, rye will be grown by nearby farmers and fish will be caught from area lakes and rivers. And if a food item isn’t sustainable – like tuna – it won’t be on the menu at Schmaltz.