IN PRAISE OF THE POTATO

Story and photos by Jane Kaufman

Prior to the April 2018 opening of Larder Delicatessen & Bakery in Cleveland’s Hingetown neighborhood, Umansky researched the origins of the latke among the migrating Jews of Europe.

The deep-fried potato pancake earned its place at the Chanukah table based on its use of oil in the cooking – hearkening back to the miracle of the oil lamp in the ancient Temple in Jerusalem following the defeat of the Greek-Syrians after the Maccabean Revolt.

“We know from various historians that latkes have their roots as a food of the Jews, a transient food, as a result of the Inquisition,” says the chef and co-owner of Larder. “We have historical evidence that puts them in Sicily in the 1400s. At that time, though, they were made from flour and cheese and honey, so they were drastically different. They were more like a ricotta pancake you’d find at an Italian restaurant’s brunch, versus this. And eventually through the Diaspora, we spread out.”

It was in the 1700s, in Central and Eastern Europe that the main ingredient changed to potato, he says.

“Would a peasant Jew in Central or Eastern Europe who didn’t have many resources, would they have access to refined flour, which is something everybody adds to their latke recipes now? And the answer is no. Because that wasn’t something we saw until after the French Revolution towards the end of the 1700s. And would they necessarily have eggs or another fresh vegetable to work in there?”

Umansky, a Cleveland native who grew up in Solon and graduated from the Culinary Institute of America in Hyde Park, N.Y., wanted to be true to the potato latke’s origins. While many American recipes include ingredients such as egg and flour, Umansky wondered about those particular additions.

Umansky says it’s likely egg and old bread or breadcrumbs were used as a binder, but he made a decision to stick to the latke’s simple potato roots as much as possible.

“As we created this recipe, we wanted it to be as directly reflective of the potato as a food,” he says, referring to chefs and co-owners Kenneth Scott and Allie La Valle-Umansky, to whom Umansky is married. “As something that went with Jews as we migrated, and (to) be able to make a latke in a way that was literally just potato, and nothing else.”

Science, art of the Larder latke

He developed a recipe that takes advantage of the tuber’s starches and sugars, obviating the need for the egg or any form of wheat. The only equipment needed is a box grater, an oven and a burner.

First, Umansky roasts a russet or baking potato at 350 degrees Fahrenheit for 30 minutes, letting it cool only until it can safely be handled. He then grates the potato, skin and all, forms it into palm-sized patties and fries them in oil, schmaltz or beef fat, at 325 to 350 degrees until dark brown, turning once or twice. He then drains the latkes on a rack, sprinkling salt on both sides and then, if necessary, holds them in a 170-degree oven until ready to serve.

The latkes emerge from the oil in the shape of bird’s nests with many crispy “fingers” protruding from the edges.

Crisp and light on the outside, they have a creamy center that he describes as pillowy.

Umansky has a method to his method.

“Russets are really advantageous for a latke because they have a higher starch and sugar content than other potatoes; hence we get this beautiful dark color,” he says adding that yellow potatoes work well. Waxy varieties, such as red potatoes, will not have the same browning quality.

The 30-minute bake catches the starches before they burst.

“If we get them right in this gelatinization stage, it’s right where they’ve swelled up with the residual water in the potato,” Umansky says. “And when that happens, when they’re at their max swell before they burst, they’re very sticky.”

Umansky uses that sticky quality – stemming from the same starch that is often squeezed out of raw potatoes in some latke recipes – to act as glue.

Latkes for a Chanukah party

For those who prefer onion in their latkes, there are ways to add that flavor by sprinkling onion powder at the end or adding dehydrated or diced onion to the grated potato. However, Umansky cautions against adding grated raw onion.

“They might make it a little too wet,” he says. “We don’t want the excess moisture. It’ll cause the latke to fall apart.”

When he makes latkes at home in Shaker Heights, Umansky often pulls out his waffle iron. Once the potatoes are roasted and grated, he pops the patties into the waffle iron and then fries them.

“So what you have is more surface area and more crispy crunchy,” he says. “On top of that, those divots, those impressions from the waffle maker, they hold a sauce – sour cream, applesauce – (so) it doesn’t slide off. It can’t slide off. Or you can just spread it smooth over the top, and you’ve got these little pockets all filled with applesauce and sour cream and whatever you’re filling it with.”

Speaking of fillings, Umansky often tops his latkes with French onion dip he makes at Larder and whitefish caviar, spreads such as apple butter, or steelhead trout lox and cream cheese.

When he throws a Chanukah dinner with La Valle-Umansky and their daughter Emilia, 5, the couple starts preparing a consommé –
soup with bite-sized matzah balls – two days ahead of time.

In addition to roast meat, perhaps steak, Umansky puts out a variety of toppings for his guests to top their latkes.

Emilia, he says, finds a lot to enjoy in the traditions of the eight-day festival.

“My daughter is more than fascinated with the chanukiah now,” says Umansky, who grew up at B’nai Jeshurun Congregation in Pepper Pike and today gravitates to The Temple-Tifereth Israel in Beachwood. “She’s enthralled with fire, so she loves lighting the candles. And, of course … she loves getting presents. And she loves dreidel, too.”

Preheat your oven to 350 degrees Fahrenheit.

Place potatoes on a parchment-lined baking sheet and bake for 30 minutes.

Remove the potatoes from the oven and allow them to cool just enough to handle, about 15 minutes.

While the potatoes are still warm but cool to the touch, grate them on a box grater or by using a food processor.

Season the shredded potatoes with salt to taste.

Heat the schmaltz (or oil) over medium heat to 350 degrees Fahrenheit. Use a thermometer to ensure accuracy.

Form the shredded potatoes into latkes, roughly the size of your palm and no more than half an inch thick.

The latkes will hold for up to one week in a refrigerator or can be frozen for up to six months. Always reheat them in the toaster or oven at 350 degrees until they crisp back up. 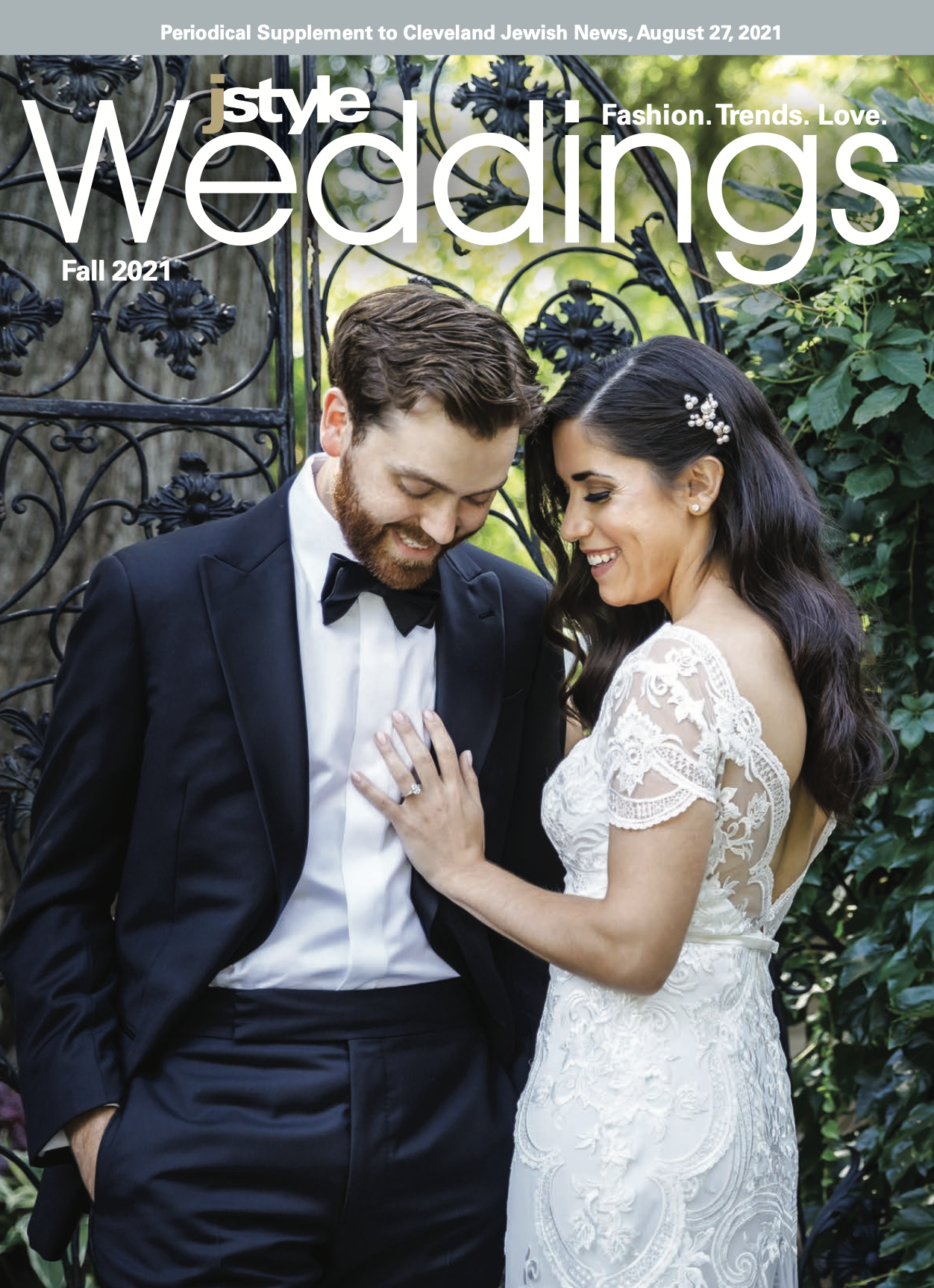