As global environmental concerns rise, some Northeast Ohio Jews make it their mission to help others go green 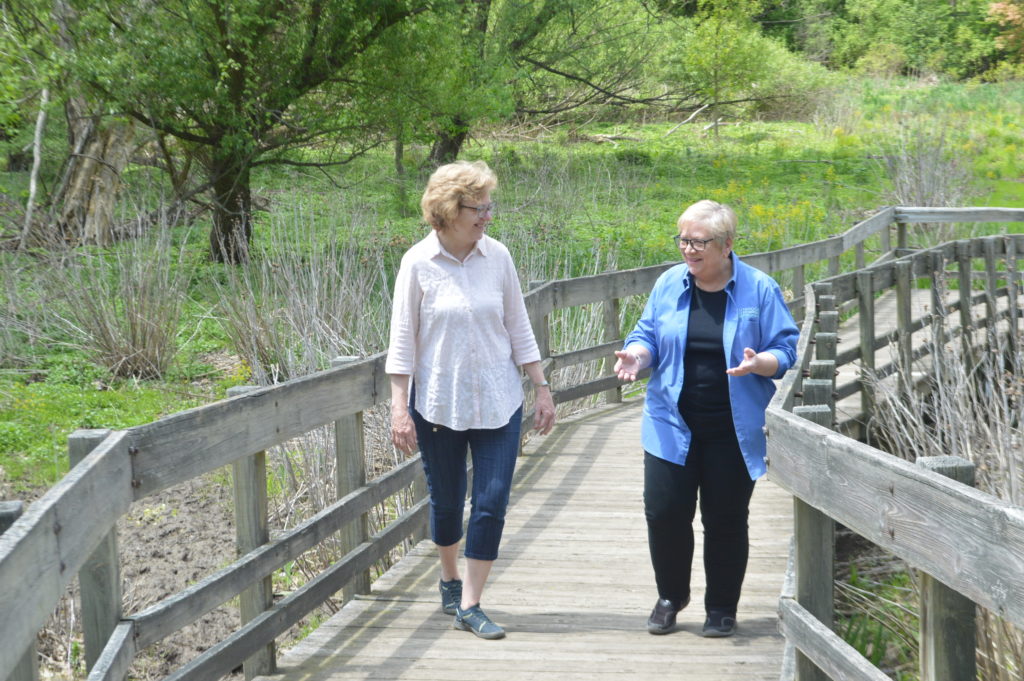 The 20th anniversary of Earth Day in 1990 was a turning point for Jane Goodman. She worked in radio production and was doing media for the anniversary when she realized she had something to contribute to improving growing environmental problems affecting Northeast Ohio and the world.

“What I’m good at is explaining pretty technical issues in layman’s terms so that most people can relate,” she says. “That was a gap that I saw, and I had these skills and experiences, and that’s where I fit. That’s my tikkun olam.”

Goodman is now executive director of Cuyahoga River Restoration, a group that aims to restore and protect the environmental quality of the river, among other water sources, as well as a South Euclid city councilwoman, a role through which she’s helping her city reduce its carbon footprint. An example? The 2013 development of the ecologically innovative Oakwood Commons shopping center.

Despite those like Goodman trying to do their part, as well as local municipalities attempting to become more sustainable, climate change is here, and more of it is coming.

Cleveland Mayor Frank G. Jackson has said the city will continue to curb carbon emissions in line with the Paris Climate Agreement – a first step toward setting standards for each country to meet to attempt to avert the worst effects of climate change – despite President Donald Trump withdrawing the U.S. from it (effective 2020). It is now the only country not to embrace it.

According to Cleveland’s 2013 Climate Action Plan (which is undergoing revisions), average annual temperatures have already increased over the past several decades. Anticipated impacts on public health include more heat-related stress, especially on the growing elderly population, greater risk of pest-related illnesses and reduced air quality. The area could also see a population shift, as people around the country and world look to leave areas more negatively affected by climate change and sea level rise, such as those in coastal areas or more extreme climates.

Moreover, Israel, a country with obvious ties to Cleveland’s Jewish community, is likely to be impacted disproportionately severely by climate change, which will harm the landscape, threaten agriculture and water access, and could lead to food insecurity or further instability in the region.

While not everyone will make as a drastic career change like Goodman, there’s plenty of examples of local Jewish institutions and individuals making a difference in their own ways, as well as those implementing innovative solutions worldwide from which Northeast Ohio can learn. 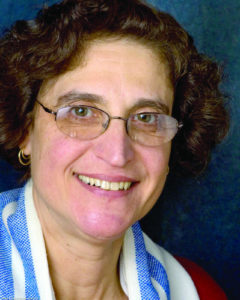 For Rabbi Enid Lader of Beth Israel-The West Temple in Cleveland, incorporating environmental issues into the synagogue includes both creating opportunities for individual action and increasing awareness by relating such issues to Judaism itself. She’s brought in Katy Allen of Ma’yan Tikvah, an environmentally oriented congregation in Wayland, Mass., as a guest speaker, and a children’s garden was recently planted at the temple. The congregation is also working toward creating a rain barrel collection program and synagogue horticultural garden.

Lader says a major component to her approach is tying environmental issues into conversations and sermons when it’s most relevant. For example, she says Chanukah is a time where it’s natural to discuss light, which leads to the topic of energy-efficient light bulbs, and Tu b’Shevat brings about discussions of trees and recycling. She says one of the best ways to engage people involves building off of interests they already have. The challenge, however, is making such initiatives appealing for those for whom environmentalism is foreign.

“I think our biggest challenge is helping the members of our congregations be open to hearing different perspectives from each other and learning that way,” she says.

Despite some facets of the Jewish community being slow to respond, Lader says she believes synagogues, similar to progressive churches, are taking the initiative to become more green. 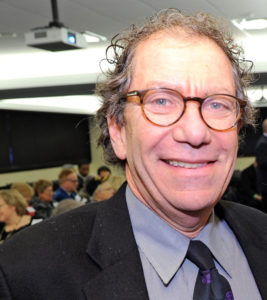 On a larger Jewish-institutional scale, the Jewish Council for Public Affairs, a national nonprofit focusing on community relations, has run the Coalition on the Environment and Jewish Life since 1993. COEJL works to mobilize Jewish institutions to address climate change and advocate for environmental legislation.

Renny Wolfson, who’s a former Jewish Federation of Cleveland community relations committee chair and on the executive committee of the JCPA, says, generally, Jewish institutions like the Federation are engaged in sustainability issues like making its buildings and office culture environmentally friendly. However, there are challenges along the lines of expenses – or at least perceived expenses – associated with environmental innovation and educating.

“The Jewish community, like the rest of us, is engaged in this debate about climate change and about whether or not doing things for the environment is going to be economically productive,” he says, adding that although leading institutions like the Federation don’t often “broadcast” sustainability, they have a role and the community is generally “sensitive” to the issues.

However, Goodman says she hasn’t come across as many local Jewish environmental leaders as she wishes. While she acknowledges there are philanthropists who give to environmental causes in the region and the Federation’s annual Tu b’Shevat seder, which focuses on protecting the planet and planting trees, she identifies as a lone Jew in many sustainability meetings.

“I go back to, why are we planting trees in Israel when we need trees here?” she says.

Breaking the barrier toward action

While individual and community actions are important for mitigating climate change, to see major changes that alter its course, policy action needs to happen on national, state and regional or local levels. A major aspect of that is education, which is where Marc Lefkowitz, acting director of GreenCityBlueLake Institute, comes in. 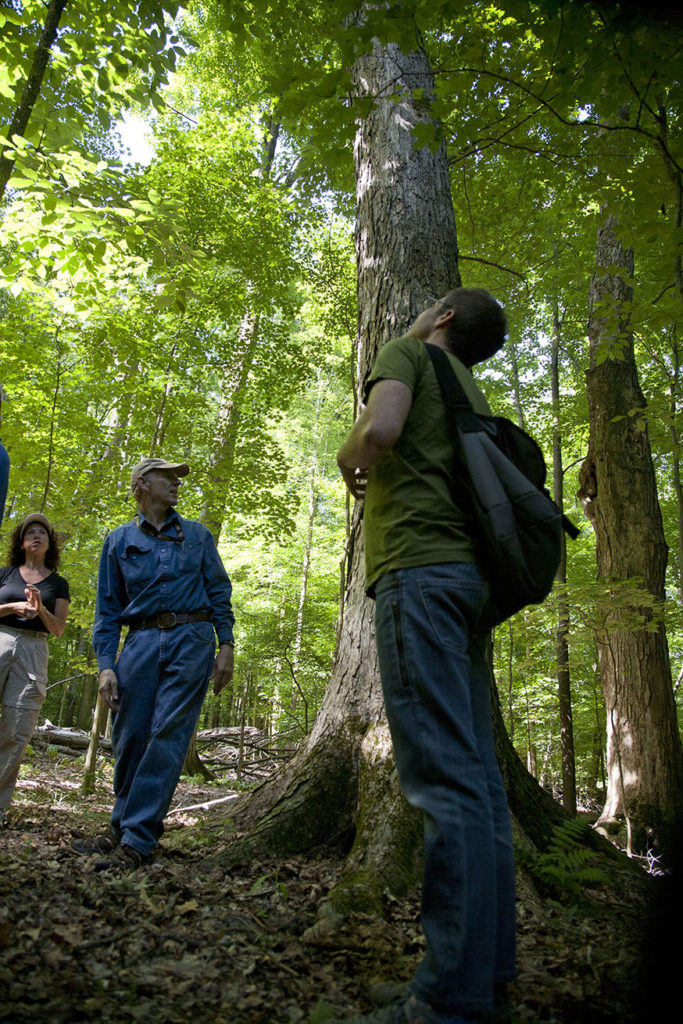 GreenCityBlueLake is the sustainability center of the Cleveland Museum of Natural History, which works to educate Northeast Ohioans around environmental issues and takes up issues such as regional planning, watershed health, transportation alternatives, lakefront design, green building and climate change.

Recently, GreenCityBlueLake has become part of the museum’s new conservation division, which Lefkowitz says may be useful to better educate the community on the importance of biodiversity and how it intersects with urban development.

For Lefkowitz and his colleagues, providing a space where people can learn about climate change in a non-argumentative environment is a major goal. It’s also about changing the narrative around climate change so people don’t associate reducing carbon footprints with expense and a weakened economy. In fact, alternative energy resources have become more affordable, and economic growth and sustainable practices can align.

“I think it’s necessary to have not only the data and the evidence that (allows us to) actually see this decoupling, but figuring out a way to have a conversation about the environment that is non-confrontational (is also important) because it’s become so politicized,” Lefkowitz says.

It’s also worth noting that other countries do not see the same politicization of climate change and denialism. For example, Israel is led by a right-wing government and Prime Minister Benjamin Netanyahu, who has called climate change “one of the pivotal issues of our time,” according to The Times of Israel. He also champions the country’s commitment to innovations in solar, agriculture and irrigation technology.

In terms of breaking that barrier toward action, Wolfson also says it’s important to educate people on the current and future costs of climate change for them to prioritize action.

“I think just the general consequences of climate change for everybody – if it makes food more expensive, if it causes political disruption in the Middle East – those things affect all of us,” Wolfson says.

Children at Beth Israel-The West Temple in Cleveland plant a children’s garden behind the temple. Photo by Debbie Chessin

Goodman and many in the environmental movement know small behaviors like household recycling aren’t nearly enough to impact global climate change. She says a cultural shift needs to occur in which individuals and communities look at the world through an environmental lens. Younger generations are a good place to start, she says, as they’re the ones whose futures will bear the brunt of unimpeded climate change.

“If we can fill the pipeline with young Jewish people actually doing environmental work, that would warm my heart immensely,” she says.

To Goodman, it seems natural to incorporate environmentalism into Jewish holidays – important aspects of the religion and culture in which people tend refocus on their values.

Another approach would be to green the holy buildings and Jewish institutions themselves. Lader says for Beth Israel, one key change was upgrading its old air system to one that is more energy efficient.

The Federation also has taken steps to become more sustainable. Its office is working to reduce landfill waste, with the goal of sending zero waste to a landfill by 2019. Its Jack, Joseph and Morton Mandel building in Beachwood is an anticipated LEED certified structure, meaning it’s built to internationally recognized standards for green performance.

Larger systematic actions, some of which have not yet been embraced by Northeast Ohio cities and institutions, can also have an impact. One example is divesting from the fossil fuel industry and its supporters. A Brooklyn, N.Y., synagogue, Congregation Kolot Chayeinu, received media attention in April for removing its savings from JPMorgan Chase & Co., making it the first U.S. synagogue to publicly divest from a bank or other corporation “to explicitly oppose the funding of fossil fuel and other related projects dangerous to the world in which we live,” as reported by JTA.

Another initiative in the works for Northeast Ohio is the Icebreaker Wind project, which would be the first offshore wind facility on the Great Lakes and the second offshore wind project in the U.S. The project is being spearheaded by a nonprofit private-public partnership, Lake Erie Energy Development Corporation, whose president is Lorry Wagner. The project has been working its way through the Ohio Power Siting Board, a state agency that regulates the siting of wind farms, for about a year.

“I think it is potentially transformative for this region in terms of sourcing clean, renewable energy and hopefully kickstarting a local economy around it,” Lefkowitz says of the Icebreaker Wind project.

“I really need to remind myself that all the time,” he says. “While individual actions are nice and can help establish behavior that is moving in a positive direction, where we really need to focus is on change that the community gets.”  js