There was nothing better than those summer days spent at camp, at least for Jewish kids, and if you grew up in Cleveland, more than likely you were at Camp Wise. 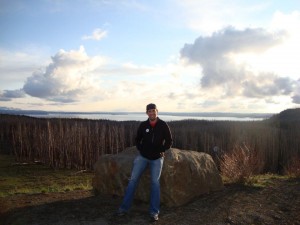 One young professional, Ari Deutchman, 29, head of the next generation committee of the Cleveland region of ORT America, has developed an initiative to bring the sunshine days of sleep away camp, kayaking and hiking back to reality for young professionals.

Through the Schusterman Initiative, a philanthropic network,”that supports and creates innovative initiatives for the purpose of igniting passion and unleashing the power in young people to create positive change for themselves, the Jewish community and the broader world,” Deutchman is reaching for help to make his idea happen! What is even more enticing is that his idea for an event is not just geared for Clevelanders, but for young professionals in the greater region. Deutchman hopes to attract people from Detroit, Pittsburgh and all over Ohio!

A weekend retreat for Jewish young professionals at Camp Wise, which is near Cleveland, OH. Event would be for people in the area as well as surrounding cities such as Detroit, Pittsburgh, Columbus, Akron, Youngstown, etc. It would give a chance for young professionals to relieve their summer camp days for a weekend and meet a ton of new people in a casual setting. Shabbat dinner would be incorporated along with a Havdalah service. Event would be complete with camp style food, bonfire (s’mores!), songs, athletic activities as well as water sports, and a ropes course.”

He estimates the cost will be around $50 to $75 dollars a person and hopes to receive other financial support from Jewish organizations, such as the Jewish Federation of Cleveland, to assist in further subsidizing the cost.

You can help make this idea happen by visiting makeithappen.schusterman.org/idea/537 and fill out the form at the bottom of the page!

Good luck Ari, and we hope to see you at Camp Wise this summer!!! #MAKEITHAPPEN