x
by JStyle
on October 9, 2018
under Chai Life Events
∞ Permalink

18 interesting things to do this fall in Greater Cleveland 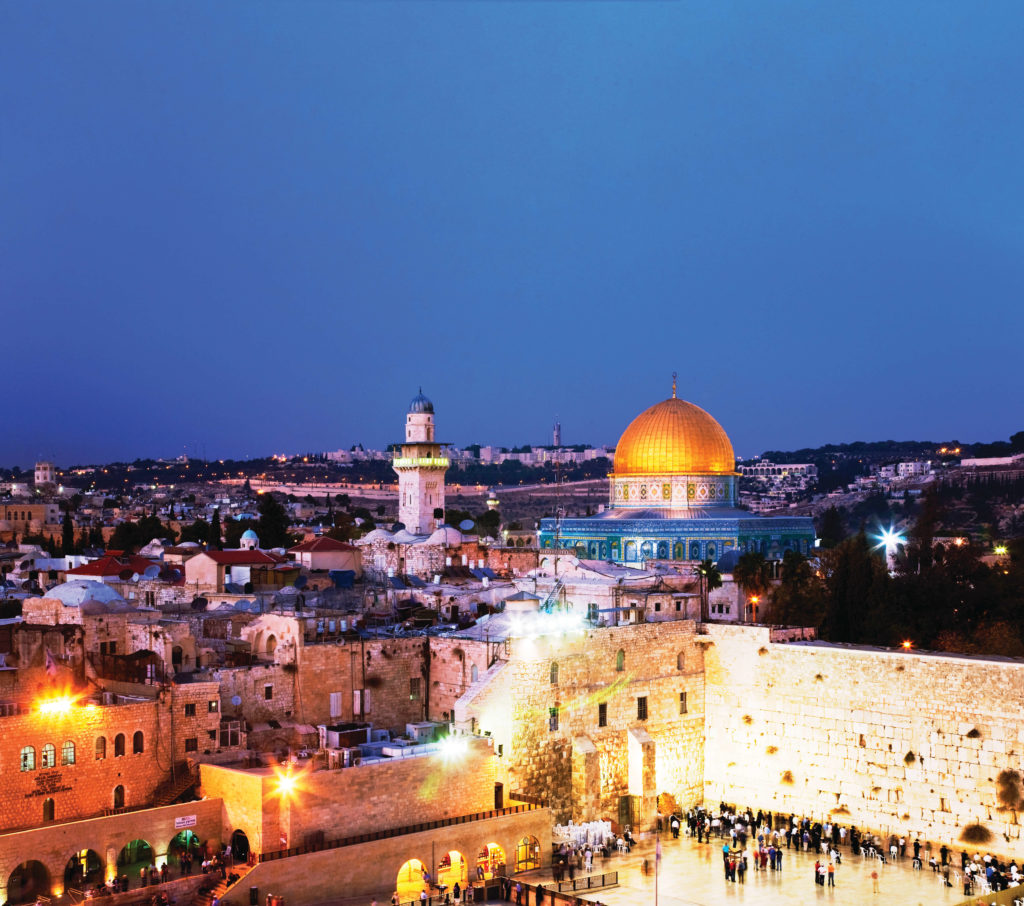 The Maltz Museum of Jewish Heritage will host the world premiere of “Israel: Then & Now” from Sept. 23 to May 12, 2019. In 1948, when Israel was declared the first Jewish state, it gave the Jewish people an opportunity to create a home for themselves and their children – what would come of this land, the people and a culture? Look back and imagine what’s ahead during this exhibition that combines milestone moments, historic images, interactive media and film. maltzmuseum.org

Join the Maltz Museum of Jewish Heritage on Oct. 11 at The Temple-Tifereth Israel for “Truman and Israel,” a lecture and Q&A with award-winning author, professor, historian and media analyst Robert Watson. The discussion will detail the behind-the-scenes story of President Harry Truman’s relationship with Zionist leaders and the “founding fathers” of Israel – and their efforts to establish statehood and secure U.S. support for Israel. maltzmuseum.org

The ninth annual Chagrin Documentary Film Festival rolls back into Chagrin Falls this year Oct. 3-7, during which time attendees can see up to 89 films, including nine world premieres. Films expected to be of interest to the Jewish community include: “When the Smoke Clears: A Story of Brotherhood, Resilience,” which tells the true stories of three Israeli soldiers who endured traumatic injuries and is sponsored by Jewish Federation of Cleveland’s Cleveland-Israel Arts Connection; “Sammy Davis Jr.: I’ve Gotta Be Me,” which chronicles the life of the legendary entertainer and will be screened in partnership with the Cleveland Jewish FilmFest; and “21 and Done,” which explores how turning 21 results in children aging out of the foster-care system and the challenges that brings. The film is sponsored by NCJW/Cleveland, which will host a presentation and dessert reception following the Oct. 7 screening aimed at shedding more light on the topic. chagrinfilmfest.org

The post-LeBron James era begins (again) for the Cavs when the 2018-19 season opens Oct. 21. James, who helped deliver the 2016 NBA Championship to Cleveland, returns to Northeast Ohio as a member of the Los Angeles Lakers on Nov. 21. cavs.com

The Cleveland Jewish News will host “Women in Leadership” Oct. 23 at Eton Chagrin Boulevard in Woodmere, where attendees can network, nosh and gain inspiration from the personal experiences and professional journeys shared by this year’s panelists. The event’s moderator will again be Lauren Rich Fine of Gries Financial LLC. Panelists will include Hallie Abrams of Hallie Abrams – The Wardrobe Consultant; Dr. Francoise Adan of the UH Connor Integrative Health Network and Case Western Reserve University; Erica Lazzaro of Rakuten OverDrive; and Carole Rendon of BakerHostetler. cjn.org/wil 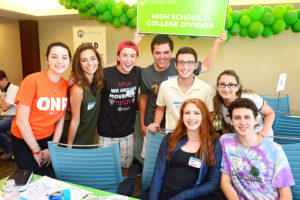 Hundreds of community members will join forces for 10 hours Oct. 14 to make calls in support of the Jewish Federation of Cleveland’s 2019 Campaign for Jewish Needs – the annual fundraising campaign meant to ensure the community’s vitality and vibrancy in the year ahead – at the Jack, Joseph and Morton Mandel Building in Beachwood. New this year, members of the community can get involved by participating either on site or online. jewishcleveland.org 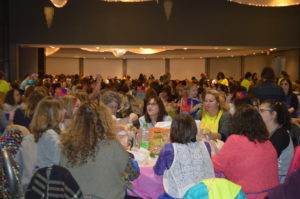 The Shabbos Project’s “Challah in the CLE” returns for its fifth year on Oct. 25 at Landerhaven in Mayfield Heights. An estimated 1,400 women and girls are expected to participate in the annual challah-making event. Then, on Oct. 26-27, Northeast Ohio’s Jewish community will join Jewish communities from around the world to celebrate Shabbat. shabbosprojectcle.com 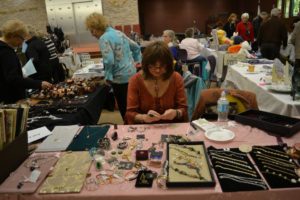 Artistic jewelry like this from a recent Art & Jewish Food Festival will be available at this year’s event. Photo credit: Temple Israel

Art enthusiasts and foodies alike are sure to find something of interest during the Temple Israel Sisterhood’s Art & Jewish Food Festival, which will take place Nov. 4 at Temple Israel Akron in Bath Township. The biennial event is expected to feature work from artists who work in various media while offering attendees an opportunity to nosh on matzah ball soup, latkes, stuffed cabbage, kugel, chopped liver, rugelach, mandel bread, kuchen, hamantashen and more. templeisraelakron.org/artfoodfest

Bibliophiles are always excited for the Mandel JCC’s annual Cleveland Jewish Book Festival, which this year takes place Nov. 4-19. Local and national authors will be highlighted; topics related to Jewish life, Zionism, history, religion and more will be covered; and lectures, Q&A sessions and book signings will be held. mandeljcc.org/bookfestival

Take in Apollo’s Fire’s “O Jerusalem!” Nov. 10-18 at various locations, including Nov. 10 at The Temple-Tifereth Israel. The program’s music and poetry evoke a “tour” of the Jewish, Christian, Arab and Armenian quarters of Jerusalem. Musicians of Jewish, Muslim and Christian backgrounds will perform. apollosfire.org 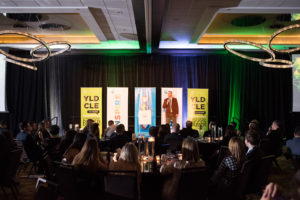 The Young Leadership Division of the Jewish Federation of Cleveland will host its sixth annual “Big Event” Nov. 17 at the House of Blues Cleveland in downtown Cleveland. Connect with more than 400 Jewish Clevelanders in their 20s, 30s and 40s and celebrate the 2019 Campaign for Jewish Needs at YLD’s signature fundraising event! jewishcleveland.org

Join the Cleveland Jewish News as it celebrates the 2018 class of 18 Difference Makers. This year’s ceremony is Nov. 18 at Landerhaven in Mayfield Heights, and as always, those who are making a difference in Northeast Ohio’s Jewish community will be recognized. cjn.org/18dm

The Cleveland Museum of Art’s next big exhibition, “Georgia O’Keeffe: Living Modern,” opens Nov. 21 and will offer a unique look into the fascinating connections between the paintings, personal style and public persona of one of America’s most iconic artists. clevelandart.org

University Circle’s annual winter festival, Holiday CircleFest, returns this year on Dec. 1-2. Like last year, it’s a two-day festival, and as always, it will feature a holiday market, opportunities to ice skate on The Rink at Wade Oval and free admission to many of the museums and cultural institutions in the neighborhood. universitycircle.org

The Festival of Lights begins this year on the evening of Dec. 2. For comprehensive listings on Chanukah events and public menorah lightings, visit the Cleveland Jewish News’ website. cjn.org/holidays

Celebrate the winter issue of Jstyle – the annual Singles Issue – during the premiere party on Dec. 6. For updates on the time and location of the party, follow Jstyle on Facebook, Twitter and Instagram at @jstylemagazine. jstylemagazine.com