18 interesting things to do this spring in Greater Cleveland 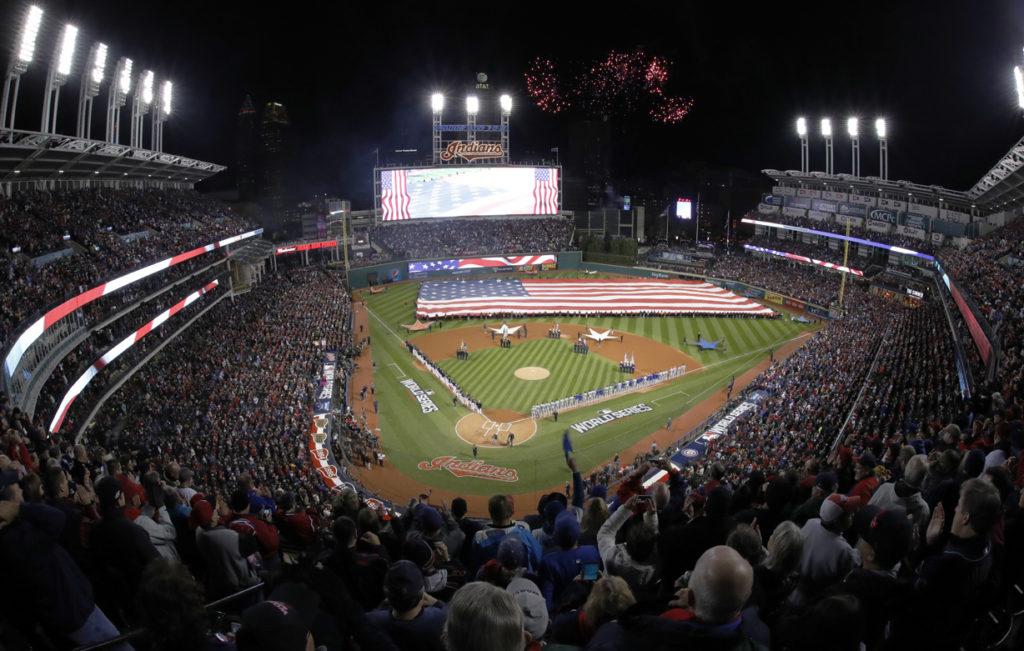 Fireworks are seen over Progressive Field before Game 1 of the Major League Baseball World Series between the Cleveland Indians and the Chicago Cubs, in Cleveland. AP Photo by Gene J. Puskar.

Put on your Indians gear and cheer on the Tribe as they attempt to avenge their 2016 World Series loss to the Chicago Cubs, who will be in town for a two-game series April 24-25 at Progressive Field. indians.com

Join the Maltz Museum of Jewish Heritage at its 10th Annual Stop the Hate Award Ceremony, where it will celebrate the winners of the Youth Speak Out and Youth Sing Out contests. Festivities on April 29 at the Cleveland Museum of Art will include students sharing their inspiring stories and songs and will revolve around how Northeast Ohioans can end discrimination of all kinds in their communities. maltzmuseum.org/stop-the-hate 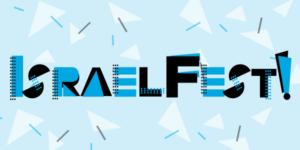 Spend the afternoon with the family shopping at an Israeli marketplace with the Jewish Federation of Cleveland as it celebrates Israel at 70 in the community-wide celebration of Yom Ha’atzmaut. Enjoy kosher foods, Israeli dancing and more at the inaugural event May 6 at the Mandel Jewish Community Center of Cleveland. jewishcleveland.org

Hear the wide range of themes and styles found in Leonard Bernstein’s work with The Cleveland Chamber Collective as it celebrates Bernstein’s legacy 100 years after his birth. Attendees will hear parts of “West Side Story” but also dive into his other works during the free May 4 performance at the BOP STOP at The Music Settlement in Cleveland’s Ohio City neighborhood. There’s also a free performance May 5 at John Carroll University in University Heights. themusicsettlement.org/calendar

‘An Evening with Regina Brett’

Enjoy the music of Beethoven with The Cleveland Orchestra as it wraps up its centennial season with the “Prometheus Project: The Music of Beethoven” May 10-13 and May 17-19 at Severance Hall in Cleveland’s University Circle neighborhood. clevelandorchestra.com 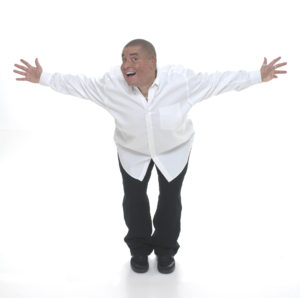 He’s back for one night only. Sarge, the comedian, speaker, entertainer, actor and author returns to Northeast Ohio to mix music and jokes together in a comedy concert May 23 at the Beachwood High School Auditorium. A book signing and dessert reception will follow the performance. Tickets on sale now: cjn.org/comedynight

Return to the Lake Erie shoreline for another season full of music during Edgewater LIVE, which will take place every Thursday evening May 31-Aug. 2 (except for July 5). Now in its fifth season, Edgewater LIVE offers guests live music, local food trucks and an opportunity to take a dip in the lake. clevelandmetroparks.com 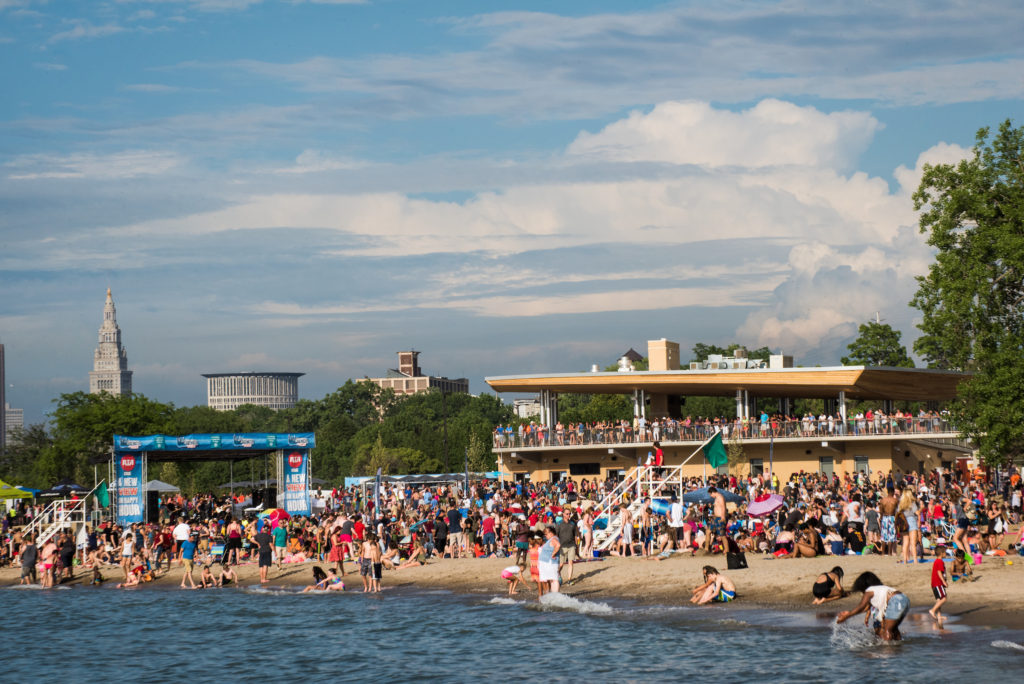 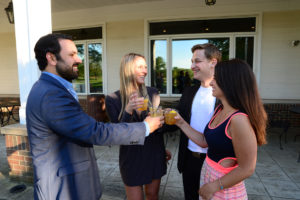 Join the Jewish Federation of Cleveland’s Young Leadership Division and JCLE as they present the 10th annual Summer Soiree June 7. Enjoy schmoozing with friends while sipping crisp summer cocktails, dancing to tunes the DJ is spinning, noshing on great food and more. jewishcleveland.org

Watch the inspirational tale of music legend Carole King unfold during “Beautiful: The Carole King Musical” June 5-17 at Connor Palace in Playhouse Square in downtown Cleveland. The musical follows King’s career from her days of being part of a hit songwriting team to becoming a successful solo act. playhousesquare.org

Put on a flannel and get ready to experience plaid as far as the eye can see during the Western Reserve Historical Society’s new exhibition, “Mad for Plaid.” The show opens June 1 at the Cleveland History Center in University Circle and shows off the history of plaid, from its popularization by Queen Victoria to the modern urban woodsman, highlighting the heritage behind the pattern and its place in pop culture. wrhs.org 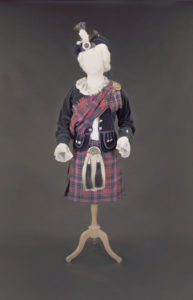 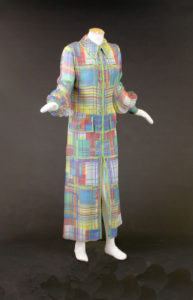 Matisyahu, Foster The People, Fitz & The Tantrums and X Ambassadors are just a few of the internationally known artists performing this year at LaureLive: Music with a Mission, which returns June 9-10 for its third year at Laurel School’s 140-acre Butler Campus in Russell and Chester townships. laurelive.com

Art in the Village

Spend a day perusing through the work of more than 100 artists – featuring mediums like paintings, jewelry, photography, sculptures, ceramics and more – at the 28th annual Art in the Village with Craft Marketplace June 2-3 at Legacy Village in Lyndhurst. artfestival.com

‘The Bard of Beachwood’

Matt Greenfield, who may be familiar to longtime Jstyle readers (refresher: bit.ly/JstyleBard), returns as the Bard of Beachwood on June 14 at the Beachwood Public Library for the world premiere of his epic poem, “The Fairly Tragic Ballad of Flailin’ McDrab.” Encore presentations are scheduled for June 21, June 28 and July 5 in the library’s outdoor courtyard, and excerpts will be presented July 12 in the “Broadsides & Ephemera” program at Loganberry Books. attend.cuyahogalibrary.org

Celebrate a decade of rocking out in the front yard June 16 during the annual Larchmere Porchfest, where 30 bands will take over 30 porches around Larchmere Boulevard. Music genres range from Americana and rock to hip hop and world music. In between sets, attendees are encouraged to visit the neighborhood’s shops and restaurants or take a stroll to nearby Shaker Square. larchmereporchfest.org

Celebrate jazz culture June 28-30 as the 2018 Tri-C JazzFest takes over the streets of Playhouse Square and fills the district with world-class artists who reflect the diversity, power and soul that make jazz a beautiful art form. tri-c.edu/jazzfest