For the second time in recent years, Sustainable Community Associates breathes new life into one of Tremont’s former industrial landmarks 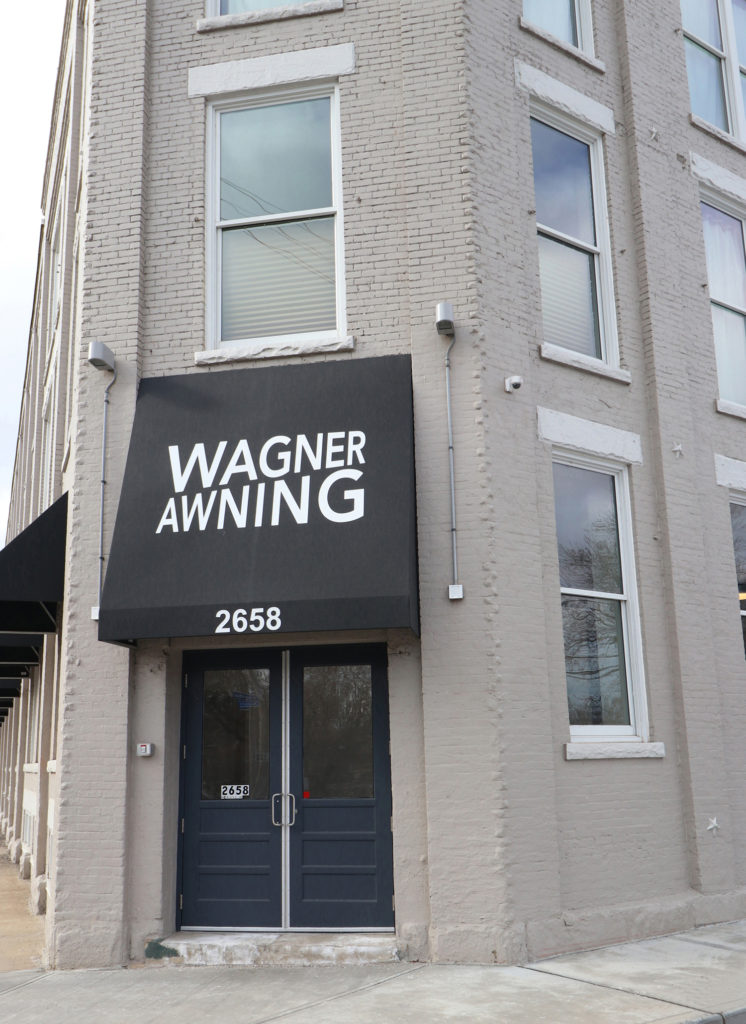 Tremont has for years been a popular location, particularly among young professionals, due to the number of trendy restaurants and bars that call the Cleveland neighborhood home and its proximity to downtown and other marquee attractions.

But while announcements about new eateries are what typically grab headlines in Tremont, it’s the neighborhood’s history that gives it character and often draws new residents.remont has for years been a popular location, particularly among young professionals, due to the number of trendy restaurants and bars that call the Cleveland neighborhood home and its proximity to downtown and other marquee attractions.

One recent project successfully married the best of old and new in the neighborhood: the Wagner Awning apartment building.

Originally built in 1895, the Wagner Awning building was where the company made awnings for residential and commercial use as well as tents, sails and other supplies for the U.S. military during World War II, the Vietnam War and the Gulf War.

Transforming historic buildings into stylish places to live isn’t new to SCA. Founders Josh Rosen, Naomi Sabel and Ben Ezinga did the same in 2014 when they transformed the former Fairmont Creamery building, on West 17th Street in Tremont, from a 1930s factory to a modern mixed-use development with 30 apartments.

“I think we’re just attracted to these buildings that need a second life,” Rosen says. “Once you do one and kind of realize how the process (of historic restoration) goes, you realize, ‘oh I could do it better the next time.’”

Working on a new building from the ground up, it’s sometimes hard to visualize the final product due to the abstract nature of starting from scratch, he says. That feeling of abstractness is gone when restoring a historic property.

“Here, you can walk through a building as it’s transforming and see the finished project,” Rosen says. “That’s super-rewarding. My partners and I are grateful to have these opportunities. It feels great.”

Ezinga agrees and says, now, restoring properties such as the Wagner Awning has become core to SCA’s mission. He points out the benefits often extend past the buildings themselves.

“I like to think we’re helping to do the same for these neighborhoods – along with a lot of other people working on this same job,” he says. “There are these once-beautiful neighborhoods that fell into neglect, and now so many neighbors, long-time residents and people moving in are there to restore them and bring them back. It’s the same process with the building and the neighborhood, and we’re very lucky to be a part of it.” 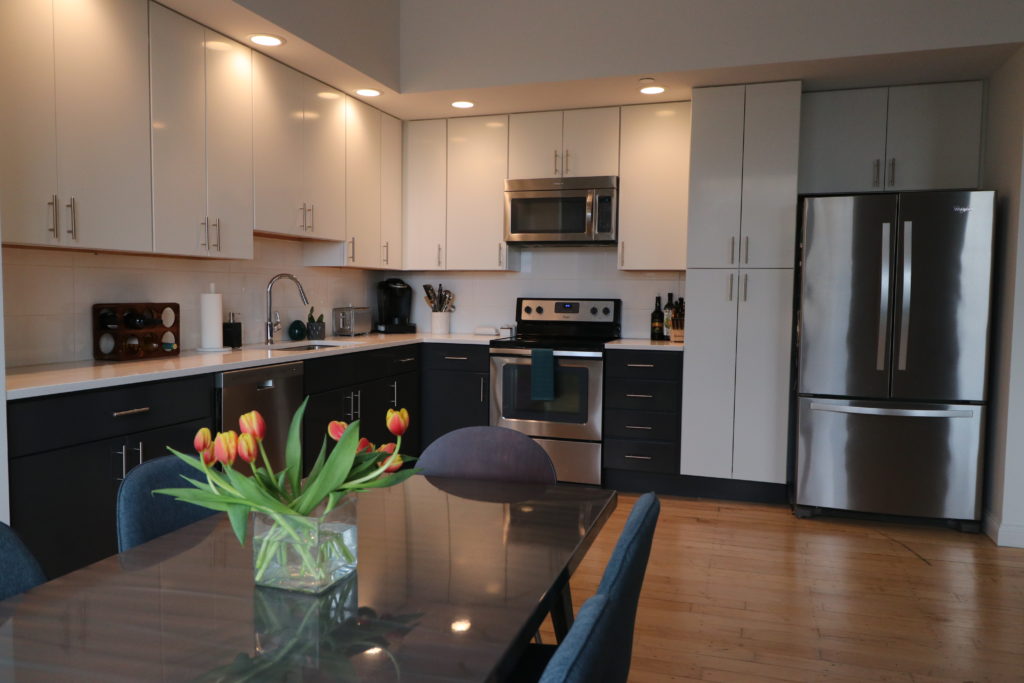 “I think one of the things we’re most proud of is the sale of the building helped the Ohio Awning business to relocate and modernize,” she says. “We were able to contribute to an existing business being able to thrive, and at the same time, using the old building to create a new chapter for the history of that building.”

The Wagner Awning building, which is shaped like a serif capital “J” and takes up the block between Auburn and Barber avenues, totals 88,000 square feet. It features maple hardwood flooring throughout the three main floors and is mostly painted gray. Adorning hallway walls are enlarged photos from the 1950s that offer snapshots of the work once done in the factory and glimpses of those who used to work there.

The basement hosts three separate offices, two of which are occupied and the third which has been leased but is still being prepared for its tenant. Despite being a basement, plenty of natural light fills the space thanks to newly installed windows.

And thanks to SCA, the Wagner Awning apartments actually have a feature the Ohio Awning company hadn’t enjoyed for years: a complete third floor. The building always featured three floors, but part of the top floor was blown off during a tornado in the 1950s and was never repaired. In restoring it, SCA recreated the original look of the building.

Despite the partial top floor, Sabel says Ohio Awning took great care of the building, especially compared to other old factories in the area.

“It had been so well-maintained by Ohio Awning, who had been operating there in one form or another … since the early 1900s,” she says. “This building was very well-preserved; have to give credit to the folks at Ohio Awning.”

Walking through Wagner Awning’s halls, hints of its industrial past aren’t hard to see. Thick sliding doors that previously separated departments of Ohio Awning’s operations are prevalent, as are long hallways that hint at its manufacturing past. However, once one enters an apartment, it quickly feels more like home than a former workplace.

Apartments are spacious. Though floor plans aren’t identical, one-bedroom units are in the 650-square-feet to 1,250 square feet range and feature large new windows that allow in ample natural light. Depending on the room, the bathrooms have either a glass shower or a tub with a shower unit installed inside.

The apartments’ exposed brick and ductwork contrast nicely with the modern appliances and sleek cabinetry in the kitchen, and the open floor plan in at least one of the apartments provided its residents an opportunity to showcase their chic décor.

Beyond the building, Rosen says the Tremont neighborhood is a big draw for potential residents.

“There’s a strong sense of community here people like, and it’s hard to find a one-bedroom apartment,” he says, noting that’s part of why SCA included them at Wagner Awning.

“(Tremont) is not as expensive as downtown, and (the Wagner Awning) is not as expensive as some of the newer projects in (Cleveland’s) Ohio City (neighborhood),” Rosen adds. “We’re trying to really do as nice of a job – if not nicer – but not appeal to the high, high, high end. (An) apartment (like in the Wagner Awning) in Ohio City could be $2,500 (a month). Here, it’s $1,450. I’m interested in the graphic designer that makes $45,000 a year, I’m not trying to compete for the lawyer working at Jones Day. We’re actually accessible to more people than a lot of (our) peer projects. So, I think that helps, too.”

The draw of Tremont, however, cuts both ways. Rosen says the most common question he gets from potential residents is whether the neighborhood is safe.

“That’s the big question. The big challenge for Cleveland is making sure our neighborhoods feel connected and safe so that people feel comfortable living here,” says Rosen, noting that the locations of Wagner Awning and Fairmont Creamery should help make Tremont’s southwest corner more populous, and as a result, more connected and safer. 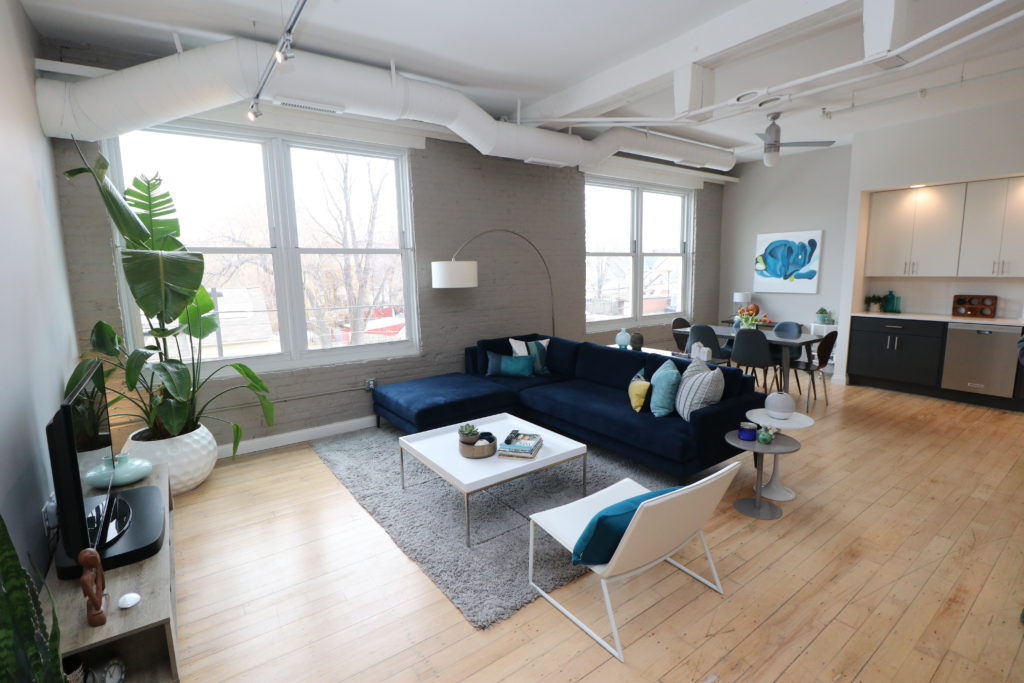 While much of Tremont is walkable – in fact, like Fairmont Creamery, Wagner Awning is within walking distance of popular bars like the Tremont Tap House and Lincoln Park Pub – Rosen says most tenants at Wagner Awning own cars.

“I find Cleveland is still a driving community, even if you’re close to public transportation,” he says. “The 20-minute walk to the RTA station, maybe you do that on a nice day but you’re not doing that for four months out of the year. So, everyone (here) has a car, but you’re so close to the highway – we’re close to I-90 West and we’re close to getting on the highway to go to downtown. It’s pretty convenient.”

He says while a variety of people live here, the typical residents of the Wagner Awning are young couples.

“They’re 29-years-old, they just moved in together, so this is the first time they’ve had two incomes in the same household,” he says. “They’re probably going to get married in the next two to three years – that’s my typical group. I have empty-nesters, a variety of people, but that’s typically who you end up seeing.” js