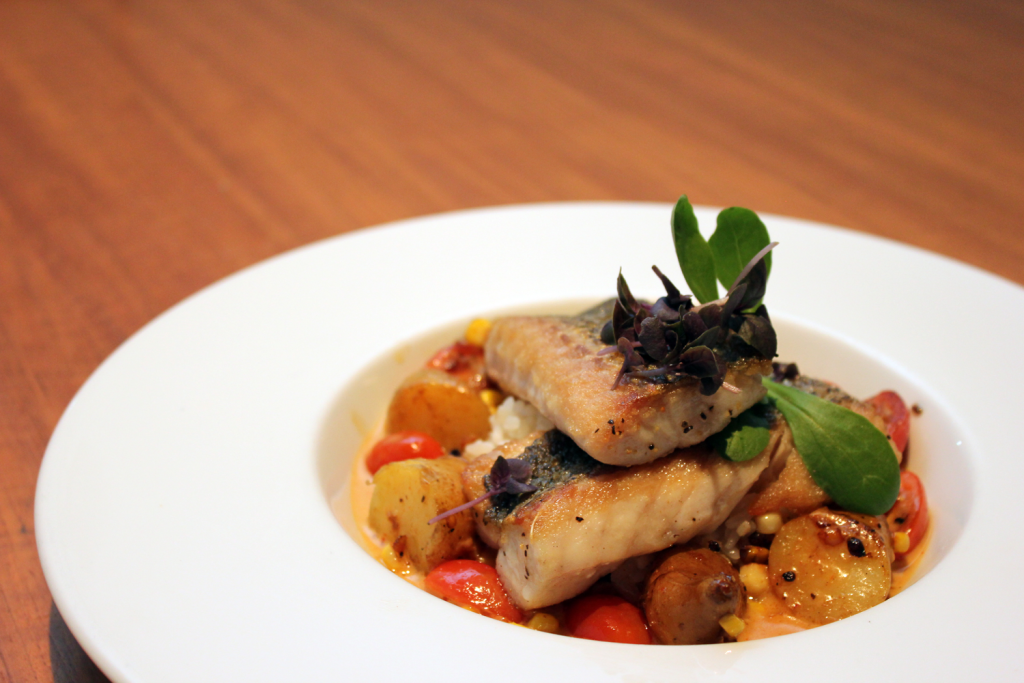 University Circle and its renowned cultural institutions inspire passion, creativity and curiosity among nearly all who visit. So much so that, in recent years, what’s piqued the interest of many stopping by the Cleveland neighborhood has gone beyond the ever-noteworthy artistic exhibitions, historical expositions, musical performances and family-friendly events and delved into something more savory: its culinary contributions.

Both chefs were brought in amid major renovation and expansion projects at the institutions. CMA’s $320 million capital campaign saw construction from 2005-13 that included the addition of nearly 200,000 square feet of space and the creation of The Ames Family Atrium. Katz’s Provenance and Provenance Café opened in late 2012.

CMNH is in the middle of its $150 million Centennial Campaign. Scheduled for completion in 2020, the campaign’s first phase, which included the Ralph Perkins II Wildlife Center & Woods, was completed last year. Bruell opened Exploration in 2015.

In much the same way the bricks-and-mortar components of those expansions have invoked new experiences for museum visitors, so too have Katz’s and Bruell’s restaurants. 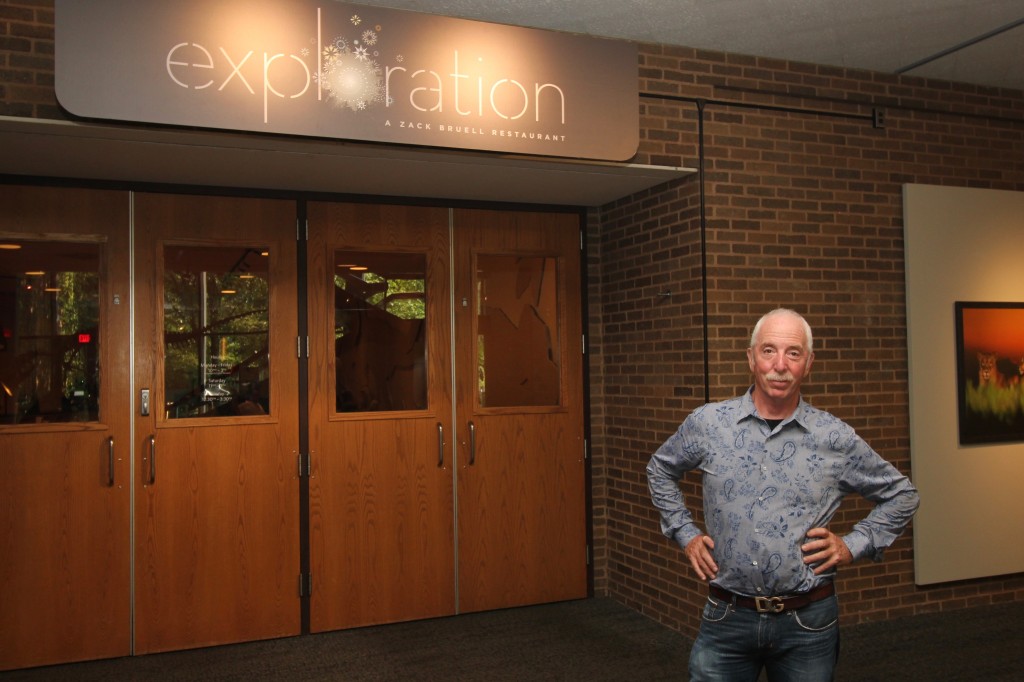 Chef and restaurateur Zack Bruell outside Exploration’s main entrance inside the Cleveland Museum of Natural History.

We’re cooking in front of the customer, we’re not taking product and putting it on a steam table and slopping it out. It’s a restaurant experience in a cafeteria environment. 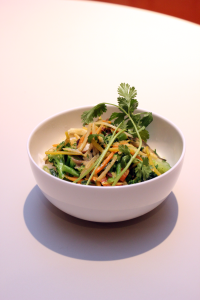 Bruell is no stranger to University Circle. L’Albatros Brasserie, his upscale, contemporary French restaurant, has thrived in the neighborhood for years. But the longtime restaurateur – whose other locations include Parallax, Chinato, Cowell & Hubbard, Dynomite Burgers and Table 45 – wanted to grow his catering capacity around Wade Oval.

Although he caters out of his other restaurants, he saw people who were planning weddings and other special events picking a venue before a caterer, and in many cases, those venues already had caterers of their own – making it difficult for Bruell to get in on the action.

“We needed this venue, we wanted to be involved,” Bruell says of Exploration. “University Circle is probably the most vibrant neighborhood in the city, so we wanted to have a catering presence.”

At the same time, CMNH sought to transform its quick-service cafeteria, Blue Planet Café, into more of a restaurant that would attract non-museumgoers off the street. The museum and Bruell partnered, and Exploration was formed. In the process, Zack Bruell Events became the museum’s exclusive caterer for special occasions like wedding receptions and corporate events.

Bruell wanted to raise the bar for the museum’s dining experience to match his other restaurants, so he incorporated a focus on local, seasonal ingredients and fresh selections.

The days of fries, hot dogs and hamburgers at the museum cafe are ancient history. Menu offerings now include items such as coconut curry rice noodles with vegetables or tofu sautéed with coconut curry sauce or a vegetarian black bean and corn burger on a challah bun – or any number of paninis, artisan pizzas, gourmet burgers and house-made soups. 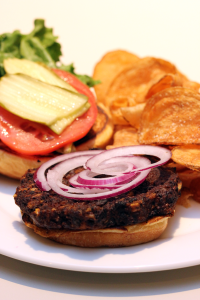 “We’re cooking in front of the customer, we’re not taking product and putting it on a steam table and slopping it out,” Bruell says. “It’s a restaurant experience in a cafeteria environment.”

Bruell mastered the challenge of serving a variety of cuisines in his eight other restaurants, catering to individuals who want to enjoy a culinary experience. With Exploration, he had to overcome a different type of hurdle – serving food parents want to give their children.

Parents, he says, are more focused on healthy eating and want affordable food to feed a whole family. And while healthy and affordable don’t always go hand-in-hand, Exploration’s meals typically cost between $8 and $10 – without compromising quality.

Those who’ve eaten at other Bruell restaurants but may be visiting Exploration for the first time will notice one key similarity.

“Its sense of taste,” Bruell says of Exploration. “One of the things I try to train the people who work for me is what my palate is. When you go to any of my restaurants, you get in my palate. I’m not just giving someone a menu and saying, ‘See ya.’ It’s my flavor profiles.”

As CMNH’s Centennial Campaign continues, so will the enhancements of its campus, including where Bruell is concerned. While no official plans are yet public, the museum’s event space will grow larger – meaning more opportunities for CMNH and Bruell’s catering. Also, a patio to attract passersby is in the works for Exploration.

“It’s an experience upgrade over our current cafe,” says Patrick Evans, CMNH marketing director. “I think the ability to connect (Bruell’s) menu to the activity that’s going on at Wade Oval enhances both the experience of the diners in the café and I think it’s a great way to attract other visitors from Wade Oval into the café.” 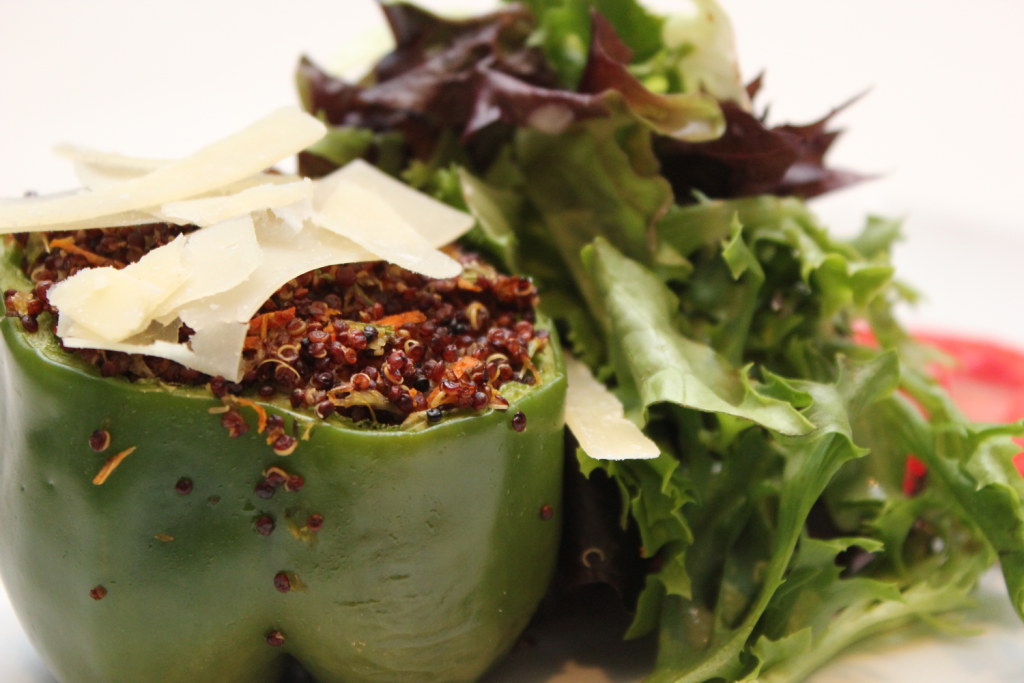 Nearby on Wade Oval, Provenance and Provenance Café’s origins trace back to a partnership formed by Katz, CMA and Bon Appétit Management Company. Katz’s role at CMA is as chef partner. 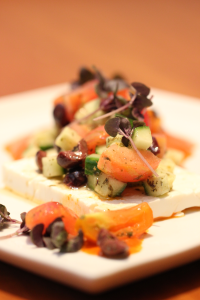 Like Bruell did at CMNH, Katz brought to CMA the approach and food values that have made his other culinary endeavors – such as fire food & drink in Cleveland’s Shaker Square neighborhood – successful. The food is from local farms and sustainable practices are used throughout, and equipment such as a tandoor oven and robata grill are employed.

“I think it’s huge for the museum experience,” says Katz, a member of The Temple-Tifereth Israel in Beachwood and Park Synagogue in Cleveland Heights and Pepper Pike. “I think our culture today is so focused on food that for the museum to have great food options makes it unique.”

Provenance Café provides quick-serve options frequently enjoyed just steps away in the museum’s atrium. There, menu items include macaroni and cheese with crispy crushed croutons and salad greens; marinated grilled chicken with claybread, vegetable curry and red pepper sauce; a pepper stuffed with red quinoa, wild mushroom and parmesan cheese, with local greens and tomatoes on the side. For dessert, museumgoers can choose from dark chocolate ganache brownies, chocolate tarts topped with raspberries or several other options. 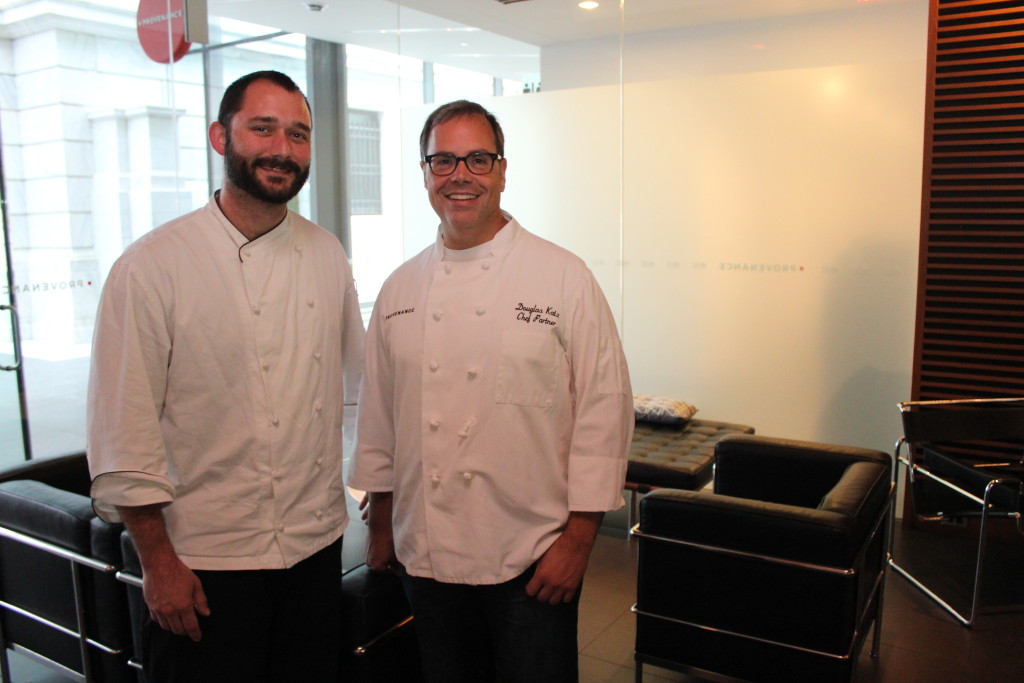 From left, Joe Perez, executive chef, and Douglas Katz, chef partner, standing inside Provenance at the Cleveland Museum of Art

I think it’s huge for the museum experience. I think our culture today is so focused on food that for the museum to have great food options makes it unique.

One difference between fire food & drink and Provenance, Katz says, is the clientele. For starters, Provenance entertains a far greater number of guests, but further, the makeup of those guests is different. Because of CMA’s locale, situated near institutions of higher learning and hospital systems that all draw from the international community, a more diverse, globally minded menu is needed to accommodate the many different cultures that visit the museum.

“There are a lot of ethnic options, and we’re more of an ethnic population,” Katz says. “I think in Cleveland, these days, between the hospitals, Severance Hall and the art museum and all these things, it brings such a world culture.” 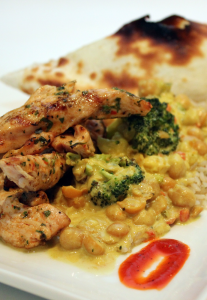 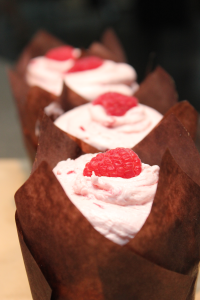 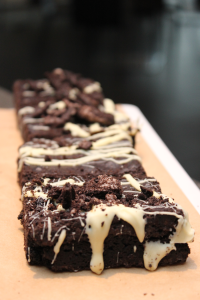 Often behind the scenes, there’s Catering by Provenance, which can serve up to 1,000 people when the museum hosts small business meetings or large galas. Joe Perez, executive chef at Provenance, handles day-to-day operations for Provenance’s three-pronged approach and sees to it that his kitchen can simultaneously serve people in the restaurant, café and at a museum banquet.

Befitting its location, meals at Provenance are plated like works of art. Further, menu offerings are often coordinated with exhibitions on view at CMA – something indicative of how the culinary partnership has grown over the years.

“When we first started I think it was … more about building a relationship and learning what (the museum) wanted from us and what the guest wanted,” Katz says. “Now, I feel like there’s more opportunity to connect with the museum in terms of where we can create menu items relating to the art. We can raise to a new level in terms of us researching art and making it authentic to a region or a piece of work.”

Provence’s menu regularly changes and rarely matches that of fire food & drink, but museumgoers familiar with fire are likely to notice at least one similarity between the two.

“People come to fire because it’s a great community, local restaurant – and I think they’ll get the same feel here,” Katz says. js