Our great great ancestors probably carved them into rock. My ancestors sent them out on black and white post cards from Israel to Lithuania in the early 19th century letting everyone know “Hey I made it! (but probably in Yiddish).” Me, well, I am sending/saying L’Shana Tova via an iPhone app.

Shana Tova app, by Cipher New Media, available on iTunes and in the App Store.

How did I find out about the Shana Tova app that was released back in September of 2012? Twitter… because where else would a 22 year-old girl find out about news?

According to online sources, the app is only available for Apple products like the iPhone, iPad and iPod touch. Luckily for year 5774, the developers released Version 2.0!

Shana Tova lets users create personalized New Year’s greetings and share them through email or Facebook. But just wait…maybe you have friends that aren’t part of the tribe. It’s okay! Each personalized greeting includes information about the holiday, blessings and the traditions (so they won’t be like what the…?!).

Although this app will cost ya a mere 99 cents, it is totally worth it, especially if you want to start group messaging L’Shana Tova greetings to all of your camp friends! 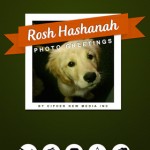 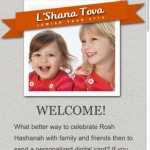 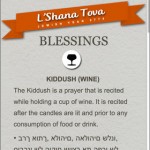