x
by JStyle
on November 1, 2017
under Food, Magazine
∞ Permalink

Alexander Carlin, wine director at EDWINS Leadership & Restaurant Institute, has many options from which to choose at the Cleveland restaurant.

Alexander Carlin became acquainted with wine earlier than most. His father, a wine enthusiast, often played a game in which he challenged his son to identify tasting notes as they sampled a newly selected wine. Carlin would make guesses, and his father always responded “yes” so as to encourage his son. The experience shaped Carlin’s underlying knowledge of wine pairing, which he now uses on a daily basis as wine director at EDWINS Leadership & Restaurant Institute.

Carlin, now 34, describes his father’s guidance – including, for example, when to select red wine instead of white – as getting him “first date ready.” But pairing food and wine turned into a passion for the Baltimore native, and coupled with his mother’s example of being a welcoming host, it laid the foundation for a starring role in hospitality.

“I can’t remember a specific day 10 years ago, but I can remember Passover 10 years ago – who was there, what we did,” the Shaker Heights resident says. “That ties into my daily love of what we do (at EDWINS). Every day, I get to invite people and give them the same level of experience and service that I’ve had growing up.” 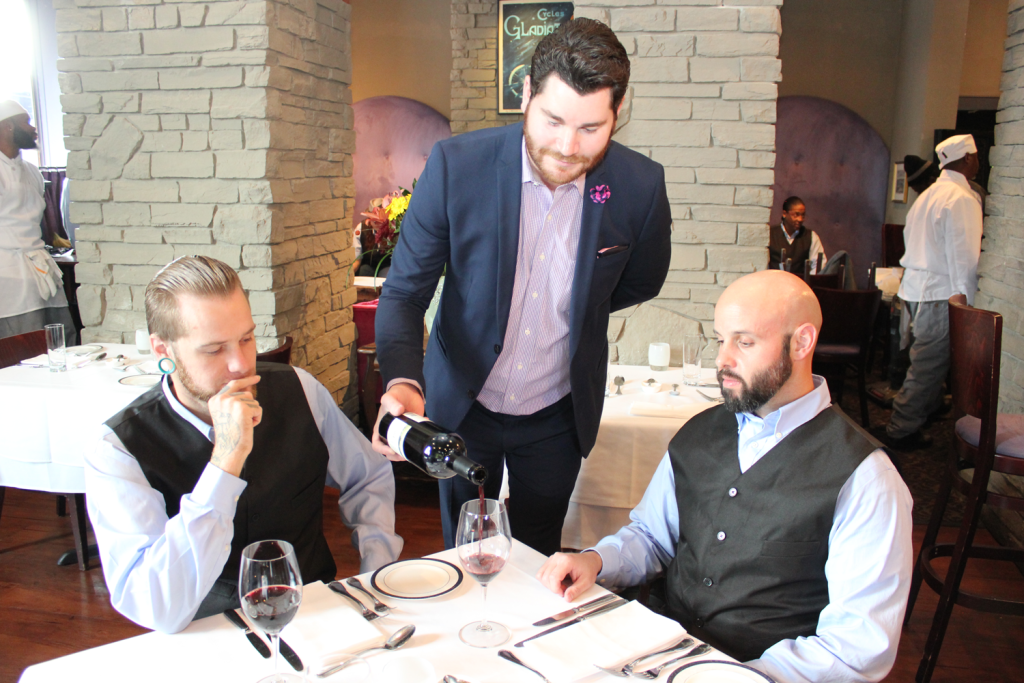 Carlin demonstrates to EDWINS employees how to properly serve wine using a dry red wine from the Galil Mountain Winery at Kibbutz Yiron.

To pass along some of that experience, Carlin offers a few tips for those who want to bring more flavor to the table but don’t have his level of insight. The first step, he says, is to start with good food.

“At the end of the day, if you have a great wine and you have great food, it’s going to go together,” he says. “(A) great rule of thumb is if it grows together, it goes together. If you look at the region of the style of food where it comes from, find the grapes that are grown in the same area.”

When thinking about Chanukah, foods like latkes and brisket come to mind but there’s no singular region to which those foods are tied, Carlin says. When that’s the case, he recommends looking at the taste, body and weight of the food and wine —breaking both down to a molecular level.

“Talk about acids and fat,” he says. “Acids are coming from a wine, whether it’s higher or lower, and are going to work with fat content differently. … Briskets are going to be pretty lean, you don’t want to kill it with something that is going to be overly acidic.”

With brisket, he suggests medium-acidity, light-bodied reds like Barolo and Frappato, both from Italy, and red Burgundy, from France, that will cut the fat of the dish without overpowering the light texture.

For latkes, which are fatty, rich, savory and – let’s face it – greasy delights, Carlin says to look for crisp whites like Chablis, a white Burgundy. For those who want a red, he recommends something lighter, like Sonoma Coast pinot noir, which has a hint of fruit with an acidity level that will work with the fat while keeping a light flavor.

If noodle kugel finds itself on the plate, pour a dry Riesling from Alsace for its crisp acidity and floral tones, or for a classic pairing, try an unoaked chardonnay.

Once dessert comes around, try a Tokaji wine from Hungary. Carlin notes its floral taste, sticky nature and high acidity pair with any creamy dessert.

If the wine aisle feels a little overwhelming, at the end of the day you can never go wrong with a bottle of champagne for Chanukah, Carlin says, especially if the food is fried.

“Champagne is the most food-worthy wine on the planet,” he says. “It has great acidity, great bubbles. It’s not just for celebrations, and there’s rarely a meal I do not have a bottle of champagne open.”

At the end of the day, if you have a great wine and you have great food, it’s going to go together. (A) great rule of thumb is if it grows together, it goes together.
Alexander Carlin, EDWINS Leadership & Restaurant Institute 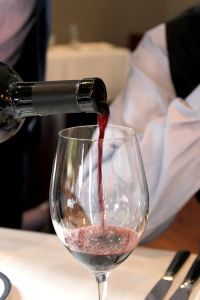 EDWINS specializes in French cuisine and is located on the northwest corner of Shaker Square in Cleveland. Before it opens its doors to customers each day, it’s like a beehive of activity. Some workers polish glasses behind the bar, others set the tables in a neat fashion while being careful not to leave a single fingerprint behind. There’s communication between each worker saying, “behind you” or “excuse me” to avoid collisions.

Their attention to detail is obvious, but what isn’t plain to see is that these workers are former inmates.

Part of EDWINS’ mission is to give formerly incarcerated adults a professional foundation in the hospitality industry while establishing a support network for long-term success through culinary skill building. It’s the latter – which offered him an opportunity to teach and mentor others – that drew Carlin to EDWINS.

“It was almost like a missing piece of the puzzle,” he says. “This is where I want to be in my career, in the sense of the style service, but the education element is what really solidified my desire to be here – the opportunity to inspire and work alongside a group of individuals fighting for a better tomorrow.”

During Rosh Hashanah services in September at Park Synagogue East in Pepper Pike, Rabbi Joshua Skoff’s message about the “forgotten people who save the world in the end” resonated with Carlin, who likens the former inmates with whom he works to the rabbis involved in kosher wine production. Both groups are often overlooked.

“You have a group of unsung heroes that are really in their own element,” he says. “The assistant rabbis are on their own for (wine) production and are often forgotten. They have so many customs, regulations and rules, they can’t really be associated with the mainstream culture of wine production.”

The same can be said for the former inmates who serve such wine at EDWINS, and looking ahead, he wants to make sure those unsung heroes don’t disappear by including them in the overall improvement of food service in Greater Cleveland’s culinary community.

“I fell in love with what Cleveland has to offer in the sense that it has been established with a few great chefs and a lot of great talent. But there’s this immense need to have wine professionals, great management and great service to follow with the food,” he says. “We have some great menu items coming from a lot of different chefs, EDWINS included in that, but now let’s have the conversation to elevate service.” js

Despite his extensive knowledge of wine, and despite his extensive travels – from Europe to Napa, Calif., with fine dining jobs in New York City, Chicago and Washington, D.C. – to accumulate that knowledge, Carlin confesses there’s still one food for which he hasn’t identified a good pairing: matzah.

Thankfully, though, he has the rest of Passover covered.

“When you talk about Passover, you’re talking a lot of bitter, salty flavors,” he says. “You want something with a little more fruit.”

He recommends a red Burgundy with sour fruit and earth tones to go with that flavor or a Barolo from Borgo Reale, which is also mevushal. And for those who want a kosher wine, Carlin always brings a bottle of Dalton red blend or Barron Herzog cabernet sauvignon. 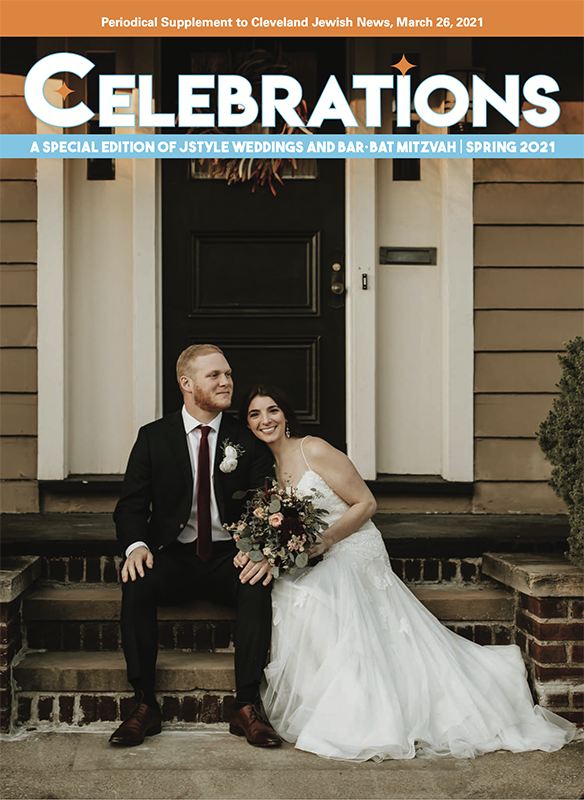