Exploring how Judaism fit into her life as a recent college graduate, Danielle Immerman began dressing modestly to fit her evolving religious identity. Studying at a seminary in Jerusalem, Immerman, who grew up in Shaker Heights, found herself searching endlessly for clothing that was modest but on trend and in line with her personal style.

“If you wanted to dress modestly, you really had to spend like five hours scouring the internet to find clothes that still felt trendy and of the times – like, it was not easy,” she says.

Less than a year into her modest fashion journey, COVID-19 hit and Immerman and her friend Liza Sakhaie had time to think about how they could improve the modest fashion experience. With Sakhaie as CEO and Immerman as chief marketing officer, the pair founded The Reflective – a New York City-based startup that curates and sells modest and modern clothing, accessories and shoes to interfaith women, encouraging them to express their values, individuality and personal style. In addition to gathering high-fashion modest finds on its website, the-reflective.com, the company sends newsletters, hosts a blog, and runs social media accounts and in-person events.

The Reflective launched in October 2020. Nearing two years in business, it’s ever-relevant as web searches for modest fashion grow. And while the company isn’t trying to set any sort of standard for what’s modest and what’s not – that’s for the buyer to decide, Immerman says – it aims to increase fashionable options that are easily accessible, while also developing community across women of different religions and observance.

Immerman, 25, a graduate of Hathaway Brown School in Shaker Heights, grew up attending Reform services at The Temple-Tifereth Israel in Beachwood. While in college for communication and media studies at the University of Michigan, she wanted to become involved with Jewish groups on campus and connected with the Jewish Resource Center, which provides an outlet for students looking to remain or become more involved in Judaism, according to its website.

“I just started really exploring what Judaism meant in the context of my life and how I wanted to live, and I found a lot of meaning and connection in it,” she says.

Following graduation, she studied at the seminary in Jerusalem and met Sakhaie as her roommate. They both were interested in fashion and dressing more modestly as their religious identities formed.

At the same time, as a former sorority member who enjoys going out and expressing herself through outfits, Immerman says she didn’t want to dress plainly.

“It was very important to always be myself, and it was also very important to my friend Liza,” Immerman says. “She worked at Bloomingdale’s and was always interested in fashion. … When she started dressing modestly, we both really felt there wasn’t an option out there that kind of catered to your modern needs.”

After studying in Israel, both women moved to New York, where Immerman worked as a content manager at an advertising agency. Sakhaie was furloughed from Bloomingdale’s when the pandemic hit in 2020, which is when the business began to take off.

The Reflective has three major components: its marketplace, or website curating fashion finds at various prices, its content via newsletters, social media and style inspiration, and community engagement through events, ambassador programs and other initiatives to bring together interfaith women.

“(Sakhaie) took the time to think, how can we actually make this modest shopping experience better so that women like us who are looking to feel good about themselves – stylish, fashion forward – can access all of those clothes that also meet their modest needs, and that’s how The Reflective was born,” Immerman says.

Immerman identifies as a baal teshuvah, or a Jew from a secular background who becomes observant. She says for people who fit that description, there’s a benefit of having examples for how religious aspects new to them can fit with their identity.

“You need to see how you can bring it into your life in an authentic way,” she says, adding that women also identify with The Reflective as a way to feel validated in the struggles of dressing modestly – like finding bathing suits or exercise clothing.

Moreover, there is a misconception of what modesty means across religions. What’s modest for a Christian woman is not the same for a Muslim or Jewish woman, and vice versa. She cites the example that for Muslims, pants are considered modest – and a great option because dresses have to cover ankles to be deemed modest – while they aren’t for many religious Christians and Jews. For that reason, The Reflective’s picks include a wide variety of fashion finds with different degrees and types of modesty, and it doesn’t define the term in any hard and fast way.

The company also aims to educate on how modesty varies across religions as well as personal preferences, and what works for one person may not work for another. It’s all about having better options that are easier to find across the board, she explains.

“(Modesty) has nothing to do with the length of your skirt,” Immerman says. “That’s a message we really aim to communicate through our content and through our in-person events because existing online is not enough. We really feel like by bringing women together in person, we are able to cultivate this greater sense of connection and facilitate impactful conversations in a way that’s just not possible online.”

While some may say its items aren’t modest enough – or perhaps too modest for others – the aim isn’t to cater to any specific religious group, style or preference. It’s about making things easier for those who do want stylish, modest options, she says.

“We are taking the five-hour search out of the equation in the hopes that you can spend time doing other things instead of searching the internet for a bridesmaid dress,” she says.

According to the Year in Fashion 2019 report by Lyst, a shopping app, modest fashion internet searches rose 90% in 2019 over the previous year, which is relayed in The Reflective’s media kit.

“It’s definitely been a slow build,” Immerman says. “The past year and a half, like a huge part of our struggle was just building up our follower base and audience and community.”

She says for Jewish followers of The Reflective, many are starting to increase their observance or are simply curious about modest fashion. While she says she doesn’t know why interest in modest fashion may be increasing, she suspects it’s partly due to the increasing Muslim population in both the United States and the Middle East.

Next for The Reflective is overhauling its website for a September launch, which will make the shopping experience even easier, Immerman says. Among advances, it will allow users to check out on The Reflective’s website, rather than being directed to the brand or retailer.

The Reflective also plans to increase its in-person programming, bring on new brands and partner with new influencers, Immerman says, in order to expand its reach across faiths.

Overall, Immerman says feedback has been generally appreciative. Women will reach out and explain that before The Reflective, they were struggling to feel good about their clothes, she says. They didn’t know how to shop or put pieces together “because a lot of the women who come to us are newcomers to modesty. They really don’t have any kind of framework for what modesty looks like within the context of a modern life.”

On a personal level for Immerman, starting The Reflective has not only improved her relationship to fashion as an observant Jewish woman. She’s also learned about and connected with non-Jewish religious groups that dress modestly.

“There are so many nuances that are fascinating to learn about,” she says. “… It’s amazing to see the ability that modesty really can have in uniting people of different faiths.” 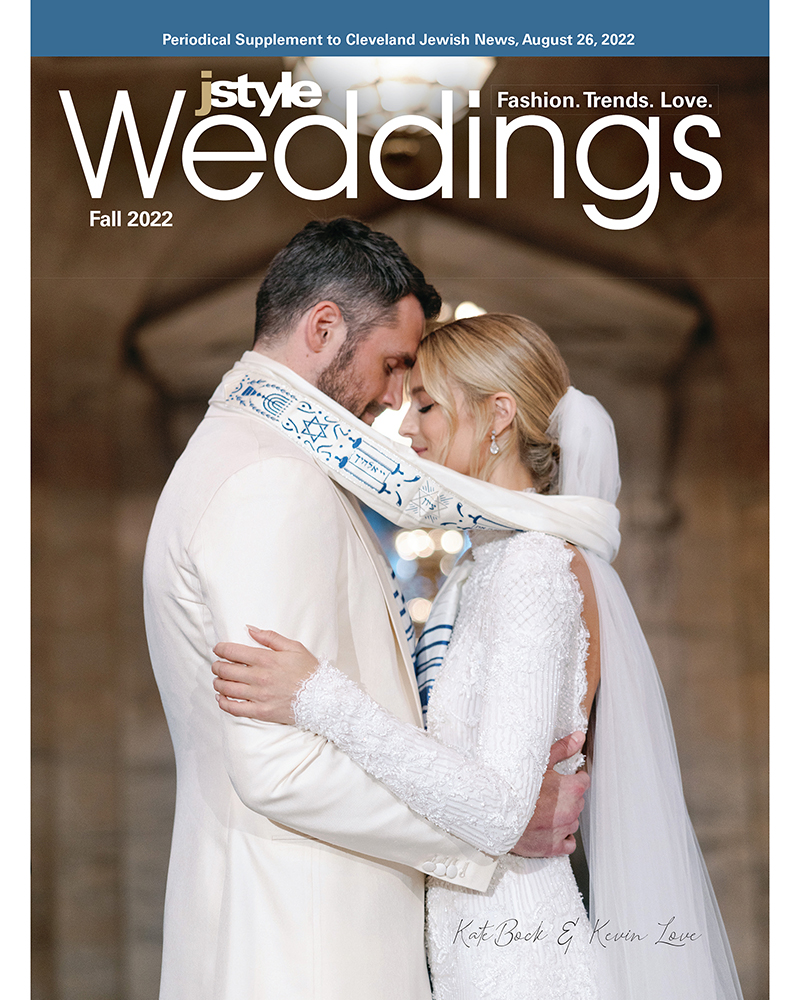